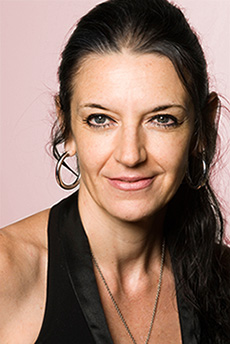 The native American Monika Seidl studied fashion design at the University of Art and Design in Hanover from 1983 till 1987. The exclusive fashion she designed for her diploma collection received awards at the International Design Contest for Fashion Design and Textiles "I & I 88" in 1988. In the following, she presented the exclusive models of her collection at different exhibitions, e.g. at the "Landesgewerbeamt" of the state Baden-Wuerttemberg, at the "Heimtextil" fair in Frankfurt as well as in Poznan (Poland) within the framework of a cultural exchange program.

Permanent appointments followed as costume designer and head of the costume department at the "Landesbühne Rheinland-Pfalz" (state theatre), the "Kleines Theater Bad Godesberg" and at the Circus Roncalli. Since 1992 Monika Seidl has enjoyed working as a freelance costume designer and established her own Costume Studio and Costume Agency “Kostümwerkstatt Monika Seidl” in Wehrheim near Frankfurt/Main.

In 2004, she moved her Costume Studio to Offenbach/Main. There she designs and produces costumes of all kind for theatres, musicals, film, television, videos, vaudeville and other events.
At the European Fashion Contest "1st Modedesigner's Cup" in 2008 she came off as finalist with her evening gown.
In August 2008, the business development of creative industries and the Offenbach-Paper initiated the competition “Made in Offenbach”. Monika Seidl was one of the 13 winners with her entered project.

In 2009, the "INTHEGA" (Association for theatre tours) awarded the first prize to her costumes "Johnny Cash – The Man in Black".
In 2017/2018 "Death of a Salesman" was rewarded by the INTHEGA with the first prize "The Neuberin". Moreover, in September 2019, this successful production received the Finstral Audience prize.
The Audience Award for the most favoured production of the Komödie im Marquardt (Stuttgart) was given to all participants in "Honey in the Head".

The book "99 x Offenbach” has been available since November 23rd, 2012 at all bookstores. Uwe Kauss, the author, researched and presents 99 extraordinary places, creative people and exciting stories in Offenbach. The pages 96 and 97 are dedicated to the "Costume Studio Monika Seidl".